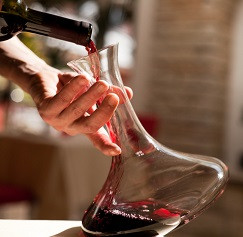 trustee to distribute income and principal of a first trust to one or more second trusts, or to modify the terms of the first trust. The term “decanting” is used since the process of distributing income and principal from one trust to another is analogous to the process of decanting wine by pouring it from one bottle into another.  The new law is based on the Uniform Trust Decanting Act which was adopted by the Uniform Law Commission in July of 2015.

Though Washington already has the Trust and Estate Dispute Resolution Act (TEDRA), which allows all parties to sign a nonjudicial binding agreement to modify terms and resolve matters relating to irrevocable trusts, this new law provides for a nonjudicial process by which a trustee can modify and modernize an irrevocable trust in a relatively simple and low-cost manner.  A trustee may exercise the decanting power if the trustee determines that it is consistent with his or her fiduciary duties, it would uphold the trust’s original intent, and it is in the best interest of the beneficiaries.  The trustee must also provide 60-day prior notice to the beneficiaries who may object and bring a court proceeding to challenge the trustee’s proposed modification.

Washington’s new decanting law applies to irrevocable or express trusts in which the trustee or another fiduciary has discretionary power to make distributions of principal.  It does not apply to revocable trusts, wholly charitable trusts, or trusts in which the trustee does not have authority to make discretionary principal distributions unless the court appoints a special fiduciary.  Furthermore, the new law does not allow decanting when it would defeat a charitable or tax-related purpose of the trustor or when the first trust instrument expressly prohibits or restricts the exercise of decanting power.

The scope of the trustee’s decanting authority depends upon the extent of discretion granted to the trustee to distribute principal under the trust.  A trustee with “limited discretion” is constrained by an ascertainable or reasonably definite standard.  Such trustees may only create a second trust in which the interests of each beneficiary are substantially similar to the beneficiary’s interests in the first trust. Generally, a trustee with limited discretion can modify administrative, but not dispositive, trust provisions.  On the other hand, a trustee with “expanded discretion” who is not constrained by ascertainable standards, may exercise the decanting power to modify some beneficial interests, though he or she must protect certain current interests. These trustees may not include a new beneficiary who is not a beneficiary of the first trust, and may not reduce vested interests.