Washington adopted a new law affecting powers of attorney.  Known as the Uniform Power of Attorney Act, the law will go into effect January 1, 2017 and is intended to 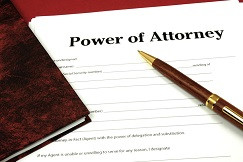 provide greater protections for individuals who sign the power of attorney document (referred to as the principal), and more clarity to agents and third parties who are asked to work with an agent.  Here is a brief summary of some of the key differences from prior law, as well as some points that remain unchanged:


If you have questions about your power of attorney, contact one of the attorneys in the Stokes Lawrence Estate Planning Group.