Last May, we reported that the U.S. Department of Labor expanded overtime pay for millions of Americans and raised the minimum salary 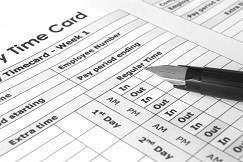 On November 22, 2016, a federal judge in Texas granted a nationwide preliminary injunction that prevents the new rules from going into effect, at least for now. At this point, the injunction is only temporary, and if made permanent, likely to be appealed. Unfortunately for businesses and employees eager for certainty as they budget and plan for the new year, that means we are not likely to have a final decision for several months. On the other hand, a court ruling lifting the injunction would require employers to act fast to come into compliance with little notice. With the law in limbo, you may be left wondering how to proceed.

What should employers do now?

Additionally, Washington Initiative 1433, which raises the state minimum wage, will still take effect January 1, 2017. If your employees qualify for this increase, you should still budget accordingly.

Stay tuned for updates on whether the rules will become final or overturned, and when that is likely to occur. In the meantime, please reach out to any of the attorneys in the Stokes Lawrence Employment Group with questions.