Unfinished Business - Termination of a Receivership With Unresolved Claims

On July 25, 2016, in Bero v. Name Intelligence, Inc., the Washington Court of Appeals held that a receivership could be terminated without resolving all timely filed claims.  Creditors who want to be sure that their claims are adjudicated in a receivership will have to take a more active role in the litigation than has typically been required.  Two key factors here were the availability to the creditor of adequate remedies 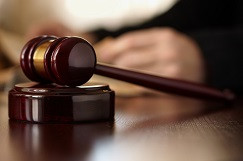 Jay Westerdal had a judgment entered against him arising from the breach of a settlement agreement.  Pursuant to the terms of that settlement, Westerdal granted a security interest in certain assets.  When it appeared that he was selling these assets in derogation of the rights of the secured creditor, the trial court placed Westerdal’s companies and certain real and personal property (not all of his property) into receivership to protect the creditor’s security interests.

The Court was not specific as to whether this was a custodial or general receivership.  The distinction is important.  A custodial receiver’s role is to preserve assets in the course of the creditor’s exercise of legal remedies against those assets—commonly a foreclosure.  A custodial receiver does not have the power to sell assets.  A general receiver has the same asset preservation function, but coupled with a power to sell assets to administer and satisfy the claims of creditors.

A few months after appointment of the receiver, Westerdal satisfied the claim of the secured creditor who had brought the case.  Westerdal’s parents asserted a related secured claim as well, and their secured claim was also satisfied at the same time.  Westerdal’s parents then asserted additional unsecured claims that were unrelated to the claims initially brought by the secured creditor.  The trial court determined that it did not need to decide the parents’ claim, as it was outside the scope of the initial order and could be asserted by the parents in a separate lawsuit.  Having resolved the secured claims that were the basis for the appointment of a receiver, the court then terminated the receivership. Mom and Pop appealed.

The appellate court emphasized that receiverships were extraordinary remedies to be used only when reasonably necessary and when other remedies were either unavailable or inadequate.  At the outset of this case, secured creditor’s rights were being disregarded, warranting the use of an extraordinary remedy to vindicate those rights.  The Court also recognized that receiverships should be terminated as soon as practicable after their purpose has been accomplished.  Just as with the decision to appoint a receiver, the timing and circumstances of a decision to discharge the receiver are subject to the court’s discretion.

Receiverships are a means to an end, and are not an independent remedy alone.  Rather, they arise from the assertion of other claims and are implemented to assure that a meaningful remedy survives through the successful prosecution of the main claims.  Persuasive to both the trial court and appellate court was the fact that the claims asserted by the parents were complex, unsecured, unliquidated and beyond the scope of the subject matter or the Order commencing the receivership.  There was neither rationale nor necessity to continue to incur the receiver’s monthly fees and costs while the parents litigated their claim.  While the parents argued that the receivership proceedings offered litigation efficiencies, the record demonstrated that there was a vigorously disputed claim, which would require discovery and trial—the efficiencies were not apparent.  Most compellingly, perhaps, the Court observed that continuing the receivership was not necessary to protect the parents’ right to recover.  The claims they asserted were for approximately $1.6 million against over $34 million in assets in the receivership estate.  This was not a receivership that was commenced due to the debtor’s insolvency, but because the debtor was disregarding the security interests of a creditor.

It has been rare for a receivership not to fully adjudicate all claims, and the statute is silent on the topic.  Receiverships are widely viewed as a state court analog to bankruptcy, but the Bero case now gives them a narrower scope.  From a practical standpoint, it is no longer sufficient for a creditor to file a claim and wait for the money to flow in from the receiver.  A creditor who wants to be sure that their claim is administered in the receivership case will likely have to seek leave of court to intervene in the case, prosecute their own claims, and seek modification of the original order of appointment to ensure that the intervening creditors’ claims get administered as well.  Adjudication of the claim within the receivership is generally more efficient and affords the creditor greater control than a separate unrelated lawsuit.  As is generally the rule in lawsuits, the likelihood of a satisfactory outcome favors those who drive the litigation.