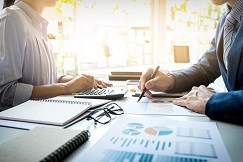 There are three significant changes under the New Audit Regime:

Without proper planning, the New Audit Regime could significantly impact the economics of your partnership and fellow partners.  Underpayments assessed to the entity will be taxed at the highest individual income tax rate and certain types of losses will not be deductible for the purpose of determining the Underpayment.  This could create a substantially higher liability for the entity than it otherwise would for the individual partners.  Additionally, where an Underpayment will be collected from the entity in the year the audit closes, partners in the year of audit, rather than the partners that existed in the year of the actual Underpayment, will be forced to pay an Underpayment that could be unrelated to them.  We recommend reviewing your current entity operating agreements with your attorney and accountant to address the issues we discuss further below.

Every entity taxed as a partnership must now designate a “Partnership Representative” (“PR”) on its timely filed partnership income tax return.  Partners will want to think carefully about who is nominated to serve as PR for the entity.  The PR may, but need not be, a partner in the partnership.  Note that if an entity is named as the PR, then a “Designated Individual” will need to be named for that entity-type of PR.   The designated PR will be the only party with the authority to talk to the IRS on behalf of the partnership, and to bind the partnership and the partners in matters with the IRS.  The IRS is not required to provide notice to partners or to permit other partners to participate in the audit process.  The designation of a PR will remain effective until it is validly terminated, revoked, or the PR resigns, which all require adherence to strict IRS rules regarding the timing and method of action.  In addition, if the entity fails to name a PR, then the IRS will arbitrarily select a PR from among the partners.

Can the New Audit Regime Be Avoided or Mitigated?

The IRS has created a few limited procedures to allow some partnerships to avoid assessment of Underpayments at the entity level. Only the PR will have the authority to make the following elections for the partnership.

We generally recommend that eligible partnerships should “elect out” of the New Audit Regime.  We also recognize that many partnerships, including entities that are routinely established for estate planning or business succession purposes, will not be eligible to “elect out” because of the common use of tiered entities or trusts in those matters.  We therefore generally recommend a secondary preference for the partnership to file a “push out” election under IRC §6221.  However, because each partnership is different, only you can determine what elections may be appropriate for your entity.

We recommend that partners review their operating agreements to determine how to handle the New Audit Regime.  In general, you may want to consider the how the following issues should be addressed in your entity’s operating agreement:

Keep in mind that while the IRS is not bound by the terms of an entity’s operating agreement, carefully incorporating provisions related to the PR and the New Audit Regime will at least provide partners state law remedies against a rogue PR or a former partner.

If you have any questions regarding how the New Audit Regime impacts your entity, please contact an attorney in our Estate Planning Group or our Business Group.