The Growing Importance of the 'Continuous Operations' Clause in Retail Leases

The “Continuous Operations” clause tends to be a hot button negotiation point in retail leases. With the rise of e-commerce, this clause has 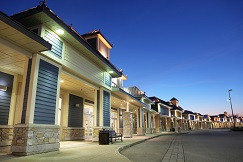 become a leading point of dispute, particularly with anchor tenants and other brand-attracting and creditworthy tenants. There are several reasons landlords should include a “Continuous Operations” clause in their retail leases. First, operating businesses in a shopping center bring customer traffic and customer traffic attracts quality tenants. Second, smaller tenants of the shopping center may rely on the customer traffic from an anchor tenant and will negotiate rent abatements and other remedies if an anchor tenant “goes dark.” Third, landlords may have additional remedies for a tenant’s breach of the “Continuous Operations” clause other than just the standard remedies for a default by a tenant under their lease.

By contrast, tenants are often reluctant to include a “Continuous Operations” clause in their leases because of the inflexibility it creates for the operation of their businesses. Tenants want to control their brand, their product, their market and, of course, their profit. A tenant may want the right to close up shop if they think it would be more profitable to do so or if the location of a store does not fit their current or future brand strategy.

In lengthy lease negotiations, landlords may forgo the “Continuous Operations” clause altogether because of the cost and uncertainty of enforcement. But more often, landlords may settle on a loosely drafted clause or one that does not contain specific remedies for its breach on the supposition that they have the right to pursue their remedies for a tenant’s “non-monetary” default. While this may be true, the practicality is that the traditional non-monetary default remedies (i.e. termination of the lease, regaining possession of the leased premises, etc.) are likely not adequate remedies for a tenant’s breach of the “Continuous Operations” clause. A landlord enforcing the “Continuous Operations” clause wants the tenant to occupy and operate in the leased premises because of the potential harm to the landlord that can be caused by a lease termination or closure of the business.

With a recent Indiana Superior Court ruling, the “Continuous Operations” clause has become more significant. Simon Property Group, L.P. v. Starbucks Corp., 2017 WL 6452028 (Ind. Super.  Nov. 27, 2017) (Marion County, Indiana No. 49D01-1708-PL-032170), emergency appeal granted (Indiana Supreme Court 49S00-1712-PL-746 Dec. 19, 2017).  It remains to be seen how the Indiana Supreme Court will rule on the Superior Court’s grant of the preliminary injunction to Simon Property Group. However, the ruling by the Superior Court has given the carefully crafted clause some much needed “teeth” in its enforcement. In its ruling, the Superior Court granted Simon Property Group a preliminary injunction to stop Starbucks from shutting down 77 of its 379 “Teavana” stores located in malls owned by Simon. Through the preliminary injunction, Simon Property Group is able to  enforce the specific performance remedy in the “Continuous Operations” clause, which is intended to keep the lease at “status quo” and to uphold the contractual obligations of the tenant specifically negotiated in the lease. As a result, Starbucks will need to invest considerable dollars to keep the Teavana stores operating through the expiration of the injunction.

For retail tenants, the practical effect of this ruling will be the control and inflexibility it has on business strategy and overall profitability.  Leases will begin to play a bigger role in dictating business strategy. Tenants cannot simply “buy out” unfavorable leases to accommodate their business plans.

For landlords, the practical effect of this ruling will allow landlords to keep creditworthy and non-defaulting tenants operating their businesses and hold them to their lease obligations.

1. Include Clearly Defined Requirements. The obligation to “continuously operate” should be clearly defined in the lease. It may not be sufficient to just state that “Tenant shall continuously operate its business in the Premises.” Consider re-phrasing this clause to require the tenant to “occupy and continuously operate its business in the entire premises” within specified operating hours for the entire lease term, “with full staff and full stock of merchandise” so that both parties have a well-defined understanding of what the requirement for continuous operation entails.

2. Include Specific Remedies. The “Continuous Operations” clause should have specific remedies for the breach of this covenant. It should not simply refer to the remedies set forth in the default provisions in the lease (which may not be an adequate remedy). Consider adding a liquidated damages remedy, but most importantly, the right of the landlord to obtain specific performance for tenant’s failure to comply with the clause.

3. Include Reliance Language. Standard language should be added to the clause that has the tenant acknowledging that (1) the landlord is relying on the tenant’s operation and occupancy of the leased premises in accordance with the clause, and (2) the difficulty or impossibility of determining the landlord’s damages that may result from the tenant’s violation of the clause, including decrease in economic value of the asset, loss of marketability and mortgageability, and the financial impact a landlord may suffer from other tenants.