The Montreal Convention, a treaty that governs the rights and liabilities of passengers and airlines on international flights, imposes liability on airlines for “accidents” that cause “bodily injury.” Unification of Certain Rules for International Air Carriage by Air, May 28, 1999 (entered into force on November 4, 2003), reprinted in S. Treaty Doc. No. 106-45, 1999 WL 33292734. In 1985, the Supreme Court defined “accident” as an “unexpected or unusual event or happening that is external to the passenger,” Air France v. Saks, 470 U.S. 392, 405 (1985), and courts have wrestled with applying the Saks definition ever since. 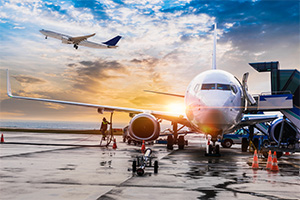 In April 2022, the First Circuit Court of Appeals weighed in on whether a Montreal “accident” occurred in a case involving a passenger’s fall while disembarking from the aircraft using a mobile staircase. Moore v. British Airways PLC, 2022 WL 1284016 (1st Cir. 2022). Jennifer Moore was deplaning a Boston to London flight using a mobile staircase when she says the final step “was further down than [she] was expecting,” causing her to fall and sustain “severe injuries.” The stairs were clean, the weather was clear, and a subsequent inspection confirmed the stairs were in “normal operating condition, free of defects and working as intended.” According to the plaintiff’s expert, there was a significant height difference between the bottom step and the other steps on the staircase.

On appeal, the First Circuit court reversed, holding that a question of fact remained for the jury as to whether “disembarking on a staircase constructed in this way should be considered ‘unexpected or unusual’ under the circumstances.” Moore v. British Airways PLC, 2022 WL 1284016, *4 (1st Cir. 2022). While accepting the district court’s reasoning that the event was not “unusual,” the First Circuit highlighted the different meanings between the words “unexpected” and “unusual” in the Saks definition and held that the trial court erred by not also analyzing whether the event was “unexpected.”

After reviewing the history of the text and prior opinions from other jurisdictions, the court held that the inquiry into “whether an event is unexpected and, thus, may be found to be an accident” is an objective one, “judged from the perspective of a reasonable passenger with ordinary experience in air travel.” Applying this test, the court rejected the passenger’s argument that the incident was an “accident” as a matter of law, but concluded that a reasonable jury could find that the passenger’s injuries were caused by an Article 17 “accident.”

Whether other courts will adopt the First Circuit’s “reasonable passenger” test for determining whether an “accident” occurred under Montreal remains to be seen.