Investors considering purchasing distressed properties are facing one less potential risk thanks to a recent decision by the Washington Supreme Court on nonjudicial foreclosures. After a year of what seemed like pro-borrower decisions regarding the Deed of Trust Act, the Court once again emphasized strict compliance with the Act—but this time the ruling was directed at borrowers.  In Frizzell v. Murray (No. 87927-3, 2013 WL 6312124 (Wash. Dec. 5, 2013)), the court found that property owners facing foreclosure waive their rights to challenge a foreclosure sale after-the-fact if they don’t take the necessary steps required to secure an injunction. 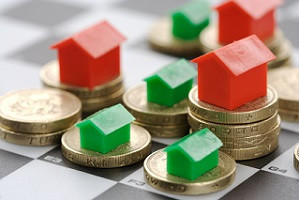 Tamara Frizzell borrowed $100,000 from Barbara Murray and secured the loan with a deed of trust on her home. However, Frizzell failed to pay back the loan, so Murray instigated nonjudicial foreclosure proceedings. Frizzell responded by suing Murray, alleging various civil claims and sought to enjoin the sale. The judge granted the motion to enjoin the sale but required Frizzell to deposit with the court the $15,000 currently in arrears, as well as a $10,000 bond by the next morning. Frizzell failed to make the deposits and the sale took place the next day. The trial court subsequently granted summary judgment in favor of Murray because Frizzell had waived her right to post-judgment relief by failing to restrain the sale.

After accepting discretionary review, the Washington Supreme Court reversed the Court of Appeals, which had held in favor of the borrower, and held that Frizzell waived any potential claims as to the foreclosure sale. The court recognized that RCW 61.24.130(1) conditions the issuance of an order to restrain a sale on the payment of the amount currently in arrears into the court’s registry and that other statutes and court rules require the posting of a bond in order to obtain a restraining order. In the court’s words, Frizzell “had knowledge of how to enjoin the sale and failed to do so through her own actions.” Thus, her failure to pay the sums necessary to obtain the preliminary order restraining the sale amounted to waiver of her right to contest the sale. The court, however, punted on the remaining questions as to the applicability of RCW 61.24.127 on Frizzell’s claims for damages because the trial court had not ruled on the issue.

This opinion represents an important development in Washington’s nonjudicial foreclosure law. Recent decisions, including Albice, Schroeder, and Klem, have emphasized that creditors and trustees must strictly comply with the Deed of Trust Act. So too, says the court in Frizzell, must borrowers. Frizzell is also interesting in that it is the first recent foreclosure case where the borrower failed to prevail in the Supreme Court, which is especially surprising given that the underlying transaction clearly involved a predatory loan. As foreclosure cases continue to work their way through the legal system, it remains to be seen whether this case represents a broader shift in the Court’s approach to foreclosure cases. From a practical standpoint, the case represents an important decision for potential purchasers of distressed properties, clarifying that where a former owner sought but failed to obtain an order to restrain the sale, the court will uphold the transfer.