Commercial landlords should consider revising their standard lease and lease renewal forms now that the Building Operators and Managers Association (BOMA) has updated its standards for measuring rentable square footage. 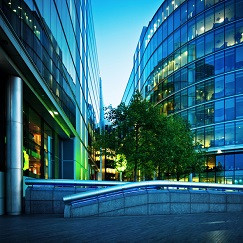 The BOMA standards have long been the gold standard of rentable floor area measurement in commercial leases, accepted by landlords and tenants alike as fair and accurate.  The standards set out what in a commercial building should be measured, how to measure it, what to include, what to exclude, and how to apportion amenities among tenants.  BOMA offers measurement standards for office, industrial, retail, mixed-use, and even multi-family residential buildings.

The new update is the first revision to the standard since 2010.  (The 2010 revision apparently didn’t have quite the staying power of its predecessor, the 1996 revision, but that is beside the point.)  What changed in the recent update?  A few things, most of which are good for landlords:

Some of these changes will allow landlords to capture greater revenue from existing buildings, such as by adding elevator shafts and balconies to new or renewing leases.  Others, like the pedestrian thoroughfare standard, may actually reduce the rentable square footage.

The landlords most likely to benefit from the new standards are those with newer buildings featuring balconies and terraces, those with substantial ground floor leasing like retail, and buildings with major loading dock and similar facilities used primarily by a single tenant or group of tenants.

If you have specific questions regarding your lease forms, contact a member of the Stokes Lawrence Real Estate practice.