On July 7, 2016, the Washington State Supreme Court held that certain provisions common in Deeds of Trust run contrary to Washington statute and are unenforceable.  This decision limits lenders’ ability to non-judicially protect their real property collateral pending foreclosure and impacts the analysis leading up to foreclosure, as well as the steps taken prior to the foreclosure sale. 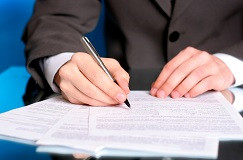 Background Facts and the Court’s Analysis

In documenting loans, lenders should be aware that provisions similar to those held unenforceable in Jordan are common in loan documents, especially in form documents.  These provisions may raise issues with borrowers during negotiation and cause future issues if the loan is ever in default.  The better course is to remove such provisions from standard forms now, before their continued presence in the documents leads to later decisions that expose the lender to liability.  Remember, the Jordan case was brought as a class action.

From an enforceability standpoint, this case limits lenders’ ability to protect the collateral pending foreclosure and may warrant more frequent use of receivers or seeking preforeclosure injunctive relief.  Absent judicial authority, no actions should be taken to inhibit the borrower’s ability to access the property until possession is lawfully transferred to the beneficiary of the Deed of Trust or the purchaser following a sale.  In evaluating the value of the property to be foreclosed and choosing whether to invoke preforeclosure judicial remedies, lenders should consider any damage that may happen as a result of the property being abandoned, including weather damage, vandalism, or improper storage of hazardous materials.

This case again demonstrates how Washington courts view lenders who are hasty or overly aggressive with their foreclosure practices (or hire vendors who are).  The Jordan court made sure to mention that the locks were changed shortly after the initial default, and no mention was made that any formal foreclosure steps had been taken.  The court also appeared uncomfortable with the diligence that the vendor had demonstrated in determining that the property was actually abandoned.  Although these factors may not have affected the outcome, the appearance of fairness must accompany the application of legal rights.  Courts are more vigilant and less forgiving when the lender appears to have been overreaching.

Please contact a member of the Stokes Lawrence Financial Services Group if you have any questions regarding your loan documentation or your enforcement of those documents.